The Heart of a Father 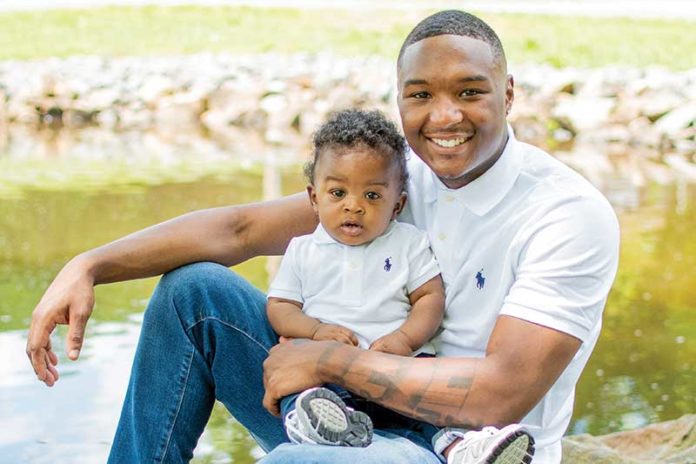 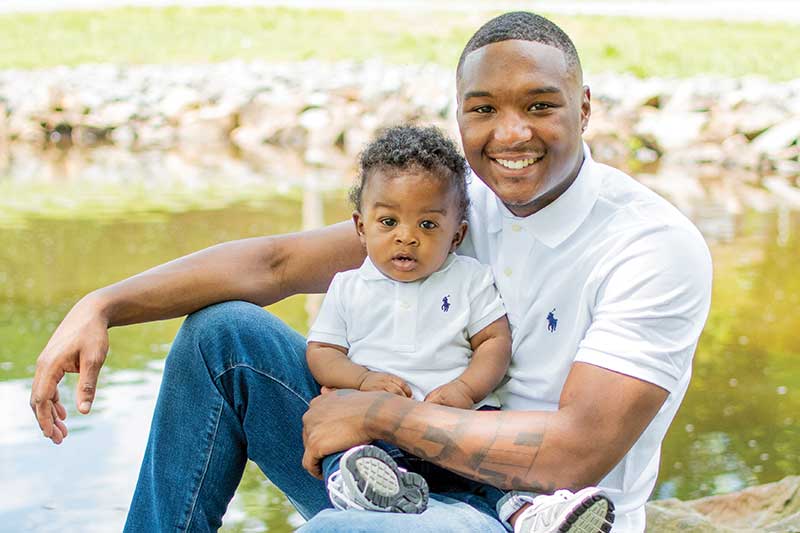 “My father didn’t tell me how to live. He lived and let me watch him do it.” — Clarence Budington Kelland

Fatherhood is a special rite of passage for men. While all men experience it at different times in their lives, one local father, Everett Cadden, 23, shared his first impression of fatherhood with Fredericksburg Parent.

Fredericksburg Parent: When did you learn that you were going to be a dad?

Everett Cadden: We were supposed to watch amovie and patch things up, it was like a rocky day. She felt like her stomach was hurting. She thought she was pregnant. I went to Walmart and we got [a test] and it said pregnant. It was an exciting moment, I won’t lie.

Fredericksburg Parent: What was that feeling like once you realized you’re going to have a baby?

EC: I almost passed out. I was excited. I wanted to have a little one young. I didn’t want to be too old so I could play on the basketball court with him.

What was the pregnancy like for you as a dad going through it with Imani?

EC: It was cool. I learned a lot. YouTube taught me a lot of pregnancy stretches. We walked and I cooked breakfast, lunch and dinner for everybody. You have more responsibility. It was cool.

EC: Well, it was like COVID, so they only let one person in at the time when she was going through most of her appointments.

Amani Tribie: It was toward the end because my doctor’s office only allowed the patients to come in at one point. As the baby started to get bigger, they let you bring another person in, so he got to see the heartbeat from the machine and see Kenson on the screen at one point to see how big he was.

Fredericksburg Parent: When you learned it was a boy, how’d it make you feel?

EC: Well, I already knew as a boy in my heart. I was seeing blue everywhere. I was telling her I see blue everywhere and told her she was having a boy.

Fredericksburg Parent: The trip to the hospital. What was the day when she went to labor and you guys realized now was the time?

EC: Two days before, she had a lot of pain. He was born on October 30, but on the 28th, she said her stomach hurt and I panicked. I thought she was about to be in labor soon. So, we rushed to the hospital. I put her in a wheelchair. I was yelling for the doctors. We went in there and they said he’s almost ready, but not yet. But I didn’t know, I thought she was about to give birth right there.

Fredericksburg Parent: The day she went to labor, did you participate in everything?

EC: Everything. Yeah, I cut the umbilical cord.

Fredericksburg Parent: What was it like for you to hold your baby for the first time?

EC: Man, it’s unbelievable. To see a little me, and he looked just like me when he came out. It was unbelievable. I don’t know, it was like an out-of-body experience.

Fredericksburg Parent: How has being a dad changed you?

EC: My mindset on everything. I want to mature more. It makes me want to get a house. I want to put my little one in the best. It made me open to a variety of job opportunities and want to go for more.

Fredericksburg Parent: What are some of your favorite things to do with him?

Fredericksburg Parent: What advice would you offer young fathers in their early 20s having their first baby?

EC: When you step into that lane of being a father, you have to take that position. You have to be the head and try to make sure your mindset is focused on them more than yourself. You have made a lot of sacrifices. You really can’t be doing the stuff you’ve been doing. You have responsibility now. 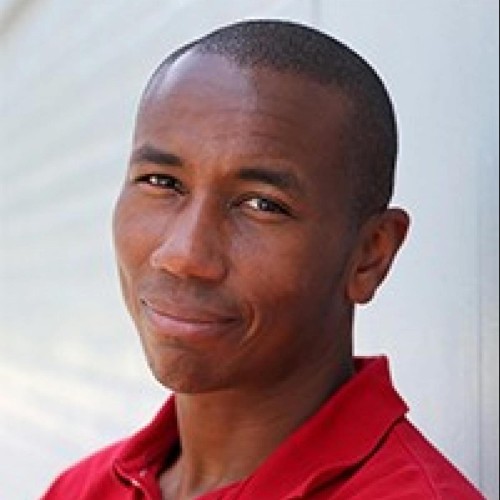 Chris Joneshttps://www.fredericksburgparent.net
Chris Jones is an award-winning journalist and graphic designer and editor of Fredericksburg Parent. When he's not editing or digging up ideas for stories, he loves playing classic video games with his 5-year-old daughter, getting outdoors with his boys, rooting for Pittsburgh sports teams, and reading books.