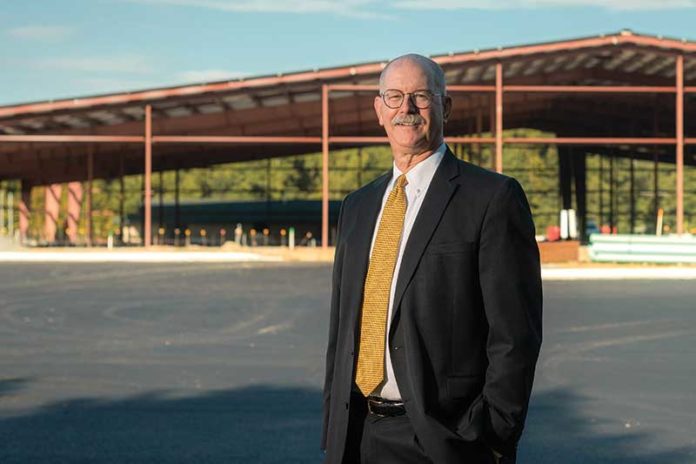 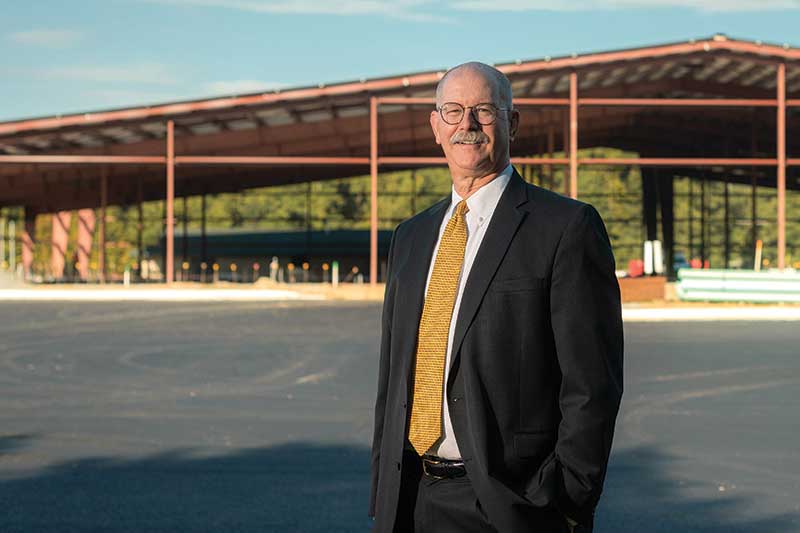 When Rick Yost moved his family to Fredericksburg in 1991 to take a job in leadership for Leggett Department Stores (now Belk), he figured he’d live here for about two or three years before moving on to somewhere else.

But the experiences that his children, his wife, and he himself have had with Fredericksburg Christian School (FCS) over the past 31 years fueled the growth of deep roots in a community he now calls home.

At the end of this school year, Yost will retire after 25 years at FCS and 18 years as the school’s superintendent, passing the baton to Dr. Heather Lee. Lee has served as assistant superintendent since 2020, but just like Yost, she has FCS founders, the late Gary and Andy Foss, to thank for her career in Christian education.

This is only the second time in FCS’s 43-year history that the superintendent position has turned over. Gary Foss led the school from 1979 until Yost took the helm in 2004. And both Yost and Lee credit the Fosses with mentoring them and instilling in them what it means to lead a successful Christian school.

Because of this continuity, Yost and Lee speak of the upcoming transition not with apprehension or worry, but with pride and comfort that this school has been able to serve more families each year with a high-quality Christian-rooted education by remaining true to the values under which it was founded in 1979. 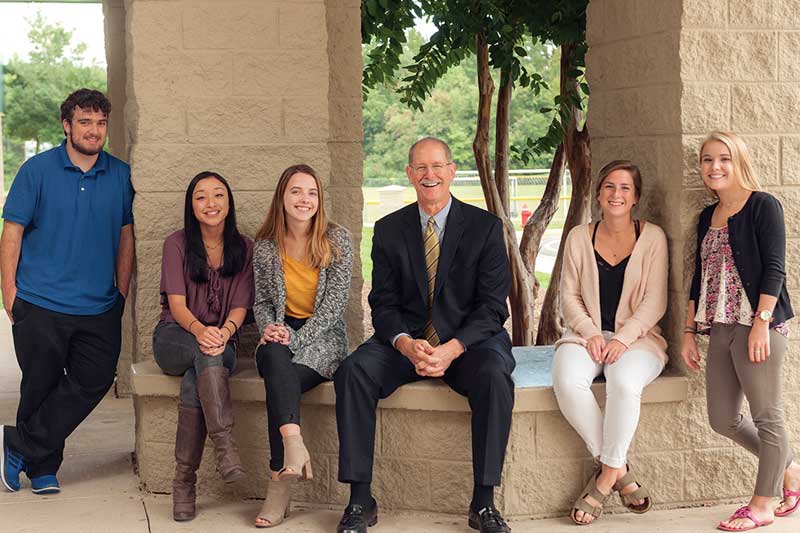 When they moved their family to Fredericksburg in 1991, Rick Yost and his wife, Sherry, wanted to find a Christian school for their two children, Sarah Beth and Drew. At the same time, Sherry was seeking teaching jobs after finishing her art education degree at Mary Baldwin College, but openings were scarce in the public school systems.

Yost says God led his family to FCS, as Sherry found a job at the school, and openings at the school became available for his children.

“That was God working,” he recalls.

FCS became a major part of the Yost family’s life in Fredericksburg. Sherry Yost spent a 30-year career at the school, teaching kindergarten, art and serving as a special events coordinator.

“My wife was fulfilled in every possible way, professionally and spiritually,” he said. “My kids had great relationships, and got a great education, but the school never lost sight of the main focus of Jesus Christ at the center of everything.”

In the 1990s, FCS was a rapidly growing school that rented space from churches in different parts of the Fredericksburg region. Yost remembers going to visit his wife at work on his lunch breaks and sharing a meal with her in the kindergarten-sized chairs in her classroom at New Life in Christ Church in Spotsylvania County.

Over time, Yost got to know the school closed, and in 1996 he stepped up to help lead the capital campaign that financed the construction of the building that houses the high school.

In 1997, when the school needed a new assistant superintendent, Yost felt called to leave his corporate job to help lead the school. Yost learned all he could from the Fosses and earned a master’s degree in educational leadership from Regent University.

“It was obvious that the Lord meant for me to be here,” he said. “The transition was great.”

Yost quickly learned that the foundation of the academic, athletic and spiritual work of the school was the strength of the relationships formed among students, parents, teachers and staff members.

“For years, I would interview seniors at FCS. I’d ask, ‘What’s the best thing about this school?’” Yost recalls. “Almost every single one said, ‘That our teachers care about us.’ Relationships really are at the center of everything.”

Those strong relationships have helped the school navigate difficult times under Yost’s leadership.

He can remember teachers comforting students and each other as the world watched with horror the Sept. 11, 2001, terrorist attacks on the World Trade Center and the Pentagon, where many Fredericksburg families had a loved one at work.

Yost remembers staff and teachers standing watch in the parking lot during the D.C. sniper attacks of 2002 to ensure children entered the building safely.

These challenging times were a testament to the importance of the strong relationship-building that happens every day at FCS.

“The way you navigate through difficult times is by investing in the things that will carry you through before they happen,” Yost said.

In the years to follow, FCS would see its enrollment decline precipitously as the Great Recession of 2007-2008 put immense pressure on area families.

“You learn new ways to trust God every day,” said Yost. Key to rebuilding that enrollment was making a stronger effort to tell the story of how happy FCS families were with the education they were getting.

As these efforts were bearing fruit, the COVID-19 pandemic threw another wrench in the works. After schools shut down for the end of the 2019-2020 school year, FCS leadership determined that the best way for them to educate and minister to students was in person. Through careful planning, they were one of only a few schools in the Fredericksburg region to open for in-person instruction on the first day of the 2020-2021 school year.

“As leaders, we just wouldn’t have done it any other way,” he said. “The real heroes were our teachers. They stepped up, and to this day they are fatigued from what it has taken to teach through a pandemic.”

This happened just as the school opened its new elementary building on a consolidated campus, and FCS board member Larry Root said Yost provided a “peace and calm in the storm” that he’ll always remember.

As Yost retires, FCS is once again growing enrollment. An athletic complex on the back 40 acres of the school’s property is currently being developed, and plans are underway for more classrooms as well.

“Those things are just tools, but they are very exciting indications that God is blessing us and that we are able to minister to more and more families,” Yost said. “It’s not about bricks and mortar, it’s about the lives of these kids, and that has remained our focus, a focus on Jesus Christ and these kids.” 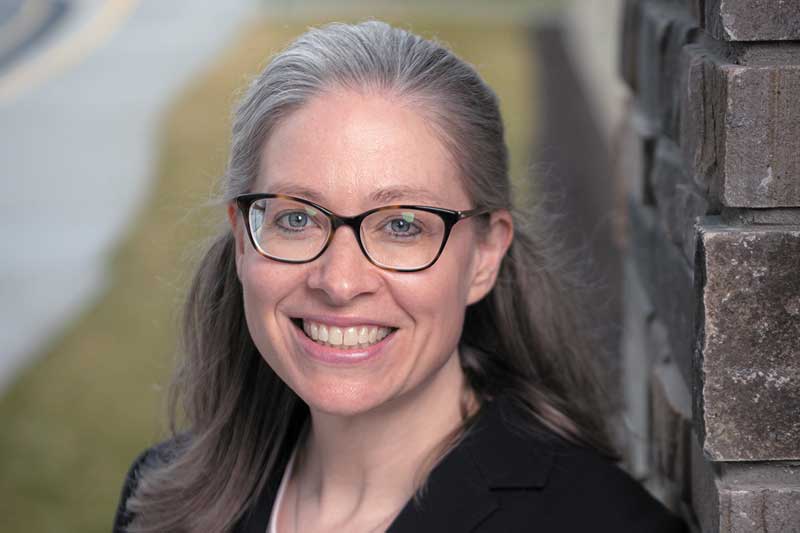 At age 20, Heather Lee took a job teaching at FCS. She had intended to teach in public schools and wasn’t completely sure a Christian school would be the best fit for her.

But she was quickly impressed—both by the quality of instruction founders, Gary and Andy Foss, empowered their teachers to deliver, and by the culture of the school itself.

“They were my family,” she said, recalling how the school arranged for her first roommate so that she could afford an apartment, and how a family paid for her towing bill when her car broke down during her early teaching days.

“It didn’t take long for me to see that FCS was home,” Lee said.

Yost notes that the Fosses saw great promise in Lee from early in her career. The school helped her to earn her doctorate degree in Christian school leadership from Columbia International University in 2010.

Lee was then working as the school’s director of curriculum and instruction and was on track to spend her career at the school as she worked her way into greater leadership.

But God had other plans. When Lee married in 2010, she moved to New York.

Lee said it was difficult to leave a school that had supported her growth so strongly, but “I remember Rick saying, ‘We are about building up Christian education anywhere and everywhere, so go with our blessing.”

Lee spent nearly four years as an adjunct professor at Nyack College in New York City, where she mentored teachers preparing to start work in the city’s public school system.

“It helped me realize that my true heart passion was to help Christian teachers prepare to teach in Christian schools. I realized that is what I have been called to my whole life,” she said.

Lee went on to serve for six years as principal at a Christian school in Smithtown, N.Y., before returning to FCS in 2020 as assistant superintendent.

“God knew what He was doing when He sent me away for those 10 years,” Lee said. “Now it has come full circle.”

While both Yost and Lee are excited about the successes that FCS has celebrated in its 43 years, and about the growth that will bring the opportunity for more families to receive an FCS education, both are clear about where the school’s true leadership comes from.

“It has never been about who is leading the school. Our goal is to remain humble and focused on God,” Lee said. “I don’t call us a private school. We are a Christian school. All of our staff members are committed to the Lord and it is the heart of what we do, and that is never going to change.”

Fredericksburg Christian School serves 1,000 students from pre-kindergarten through 12th grade from its campus in Spotsylvania County. The school aims to partner with Christian families who desire a Christian education for their children.

Visit fredericksburgchristian.com to learn about the school’s programs, as well as variable tuition and scholarship options intended to help bring the FCS experience to more Fredericksburg-area families. 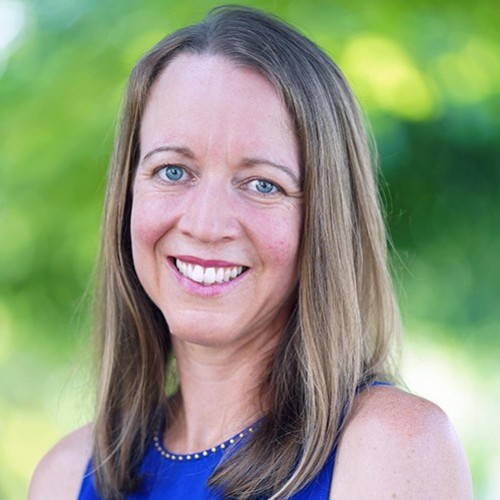