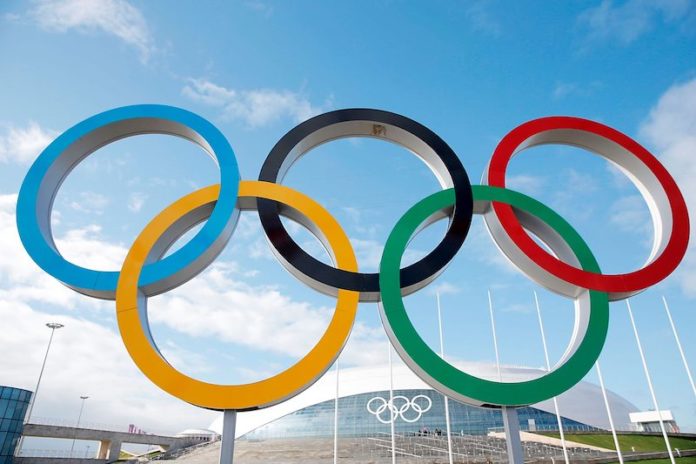 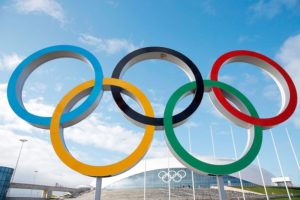 Welcome back, ladies and gentlemen, to our coverage of the 2022 Dad Olympics. These dads have been training for years, and it’s all coming to a head now. Let’s check back in at the games in Beijing. That’s right, we’re back at the big Home Depot here in downtown Beijing, where all the dad games are being held. First up, let’s take a look back at the Ikea assembly semifinals from earlier today. Front-runner Lars Nilsson of Sweden has been holding his lead steady so far, with top marks in the BILLY bookcase and HEMNES dresser. He and the rest of the Swedish team have been doing well as expected, as they have the Ikea home team advantage. He’s been able to keep his times nice and low, with only a couple lost screws. His unorthodox method of following all the instructions to the letter has gotten some frowns from dad purists in the audience, but it seems to have been paying off.

Nilsson has seen some competition from upstart Jonathan Patel from Canada, who stunned the judges by putting together a MALM nightstand completely by memory. But Patel lost serious points when one of the chairs in his JOKKMOKK dining set fell apart because he lost too many of the little wooden dowels. 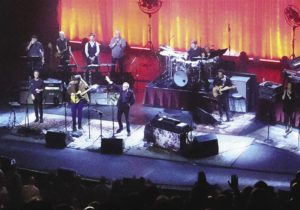 In case you missed it, let’s go back and revisit the opening ceremonies from these 2022 Dad Olympics. As usual, we started out with the procession of nations. We had all the top dads from all the nations of the world out here representing their homes. Some of the dads marched proudly in high-performance spandex Baby Bjorns. Others pushed sleek streamlined sports strollers. Still more were trailed by sullen teens glued to phones decorated with their national flags. After the procession were crowd-pleasing performances by dad-favorites Steely Dan and The Eagles. The whole thing was wrapped up by the olympic torchbearer lighting the giant ceremonial grill. 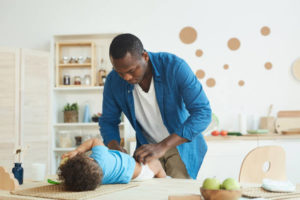 Now, back to the Home Depot. Let’s check in on the diaper change competition. Remember, the judges here are looking for speed, accuracy, and containment. Team USA has been holding the head of the field so far. California dad Malcolm Bates got three high-quality diaper changes in a row earlier today, expertly using a wipe to block a shower from his son and keep it all in the diaper. Hector Guzman of Texas impressed the judges in cleaning up a messy number two in less than 20 seconds using only two wipes. Germany and China showed some real skill in their quick turnarounds, but just not quick enough to catch up with team USA. They’ll likely have to duke it out for the bronze.

These are the winter Dad Olympics, so of course, we have the fan-favorite snowsuit speed-dressing competition. Getting your kid dressed for some playing in the snow can be an ordeal, and only the best dads can get a squirmy toddler bundled up and ready to go in under a minute. Let’s jump there now to the live finals starting now. 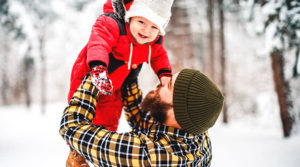 All the dads get started! They’ve got their one-, two-, and three-year-olds already stuffed into hats and earmuffs. Olaf Ericsson of Norway is pulling ahead of the pack—he has the snow pants and coat already on while the rest of the dads are still struggling with the boots. But, what’s this? Oh no, looks like Ericsson forgot to have his daughter use the bathroom before getting dressed! He has to start all over again. he’s out of the running! Haru Tanaka of Japan pulls ahead, sliding the boots onto his son with a powerful push-and-twist. Canada’s Reid Slauenwhite tries to catch up but is stymied by the mittens, and he just can’t do it. Tanaka takes the gold!

Wow, always exciting in the Snowsuit competition. But now let’s swing back over to the finals of a much more technically challenging event— “The Talk”. Dads all over the world struggle at this one, and Olympic-level dads are no different. This is one of the toughest events in the games. We’re talking the birds, the bees, your changing body, the whole shebang. Joseph Abdi from Kenya had an impressive talk with his 12-year-old son, Amos, earlier. We could see he kept Amos’s attention the whole time without him getting up and leaving. Abdi’s strategy of sticking to the facts paid off handsomely with his talk culminating in a heartfelt embrace between father and son. The judges rewarded him well for that one. 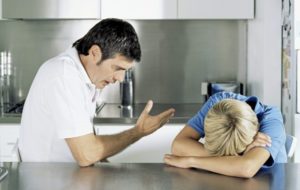 American favorite Chuck Johnson came into the finals with a lot of promise. But halfway through his run, you could see him getting flustered, and he started leaning too hard on some confusing metaphors about boats. He tried to rescue his run, but it was too late; his son stormed off with two minutes still on the clock. Now America’s hopes for a spot on the podium rest on Karl Pierce. Pierce’s twin 10-year-old boys just watched a very “enlightening” segment on National Geographic, so he’s got his work cut out for him to keep their heads straight. But if he can pull it off, the difficulty of his program should pay off with a high score.

We’ll check in later as the “Talk” finals progress, right after a word from our sponsors. But make sure you stay tuned to our coverage of the 2022 Dad Olympics, we’ve got lots more events to cover. Coming up, we’ve got the finals of the Math Homework competition, where we’ll see how well the dads fare getting their kids to understand fractions. We’re also going to give you some highlights of the Pack & Play Setup finals from last night, as well as the Punning semifinals. And definitely don’t miss out on our live coverage of the grilling events, for both charcoal and propane. So stay tuned right here for more Dad Olympics. We’ll be right back! 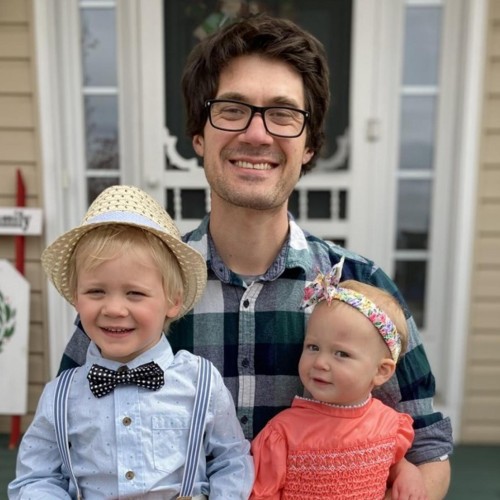