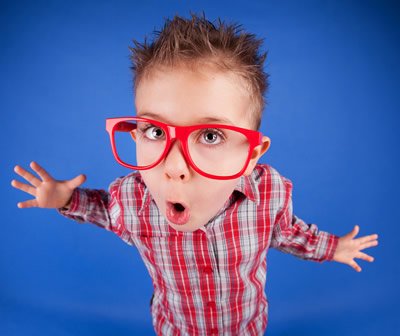 Before becoming a parent, the idea of disciplining children seemed fairly straightforward. It follows logic that if you set limits, use consistency and respond firmly, but lovingly, children will learn to correct their behavior. As I became a more experienced mother, I quickly learned that traditional methods of discipline, such as timeouts, do not work with every child, every time. Thinking outside of the traditional methods of discipline and trying new and creative consequences may improve behavior. Here are some ideas:

Buy it back. Toys left on the floor after the designated pickup time will be confiscated by a parent. Children will be allowed to buy back each item for $1. If the children are not earning an allowance, they may do something extra around the house to earn the item back.

Practice makes perfect. When chores aren’t done to the parent’s standards, have kids “practice” doing it over and over again until they become an expert.

Silly faces. “If siblings were fighting, they had to make five faces at each other. They would end up laughing and forget what they were fighting about to begin with,” said Marianne Lincoln, mother of five.

Team spirit. Siblings who fight can also be assigned projects or chores to work on as a team. By the end of the day, they will have learned to work together.

Open door policy. If your teen slams the bedroom door when angry, take away the privilege of privacy and remove the door for a week.

Donations. If your kids consistently leave clothing on the floor, collect it for donation to a local charity. If they decide they aren’t ready to donate it yet, have them pay you what it would cost them to buy it from a thrift store.

Safety first. It is not safe to drive when people are shouting and making a commotion in the car. If the kids are too rowdy, pull the car over and wait silently until they are quiet.

Take time. If you child is dawdling and makes everyone late, have them sit out of the fun when you arrive for the same amount of time they wasted at home.

Early to bed. If the child has a bad attitude and you suspect it’s because they are not getting enough sleep, move up bedtime by 5 minutes each time you need to remind them to improve their behavior.

Kid’s choice. When children misbehave, try allowing them to choose their own consequence. This method gives them control over their fate, teaches them to think about their actions in the future and makes imposing the consequence easier.

Stand alone. If the child will not stop tipping his chair at dinner, simply take the chair away and have him stand while he eats.

Teach respect. “I have a friend that has her children wash the other’s feet if they are being disrespectful to each other,” said Shannon, mom of three.

With some patience, a sense of humor and some creativity, parents can use the art of creative consequences to teach their children in a fresh and memorable way that will have lasting results.