Meghan Hook: On Breast Cancer, Parenting and the Value of a Support System 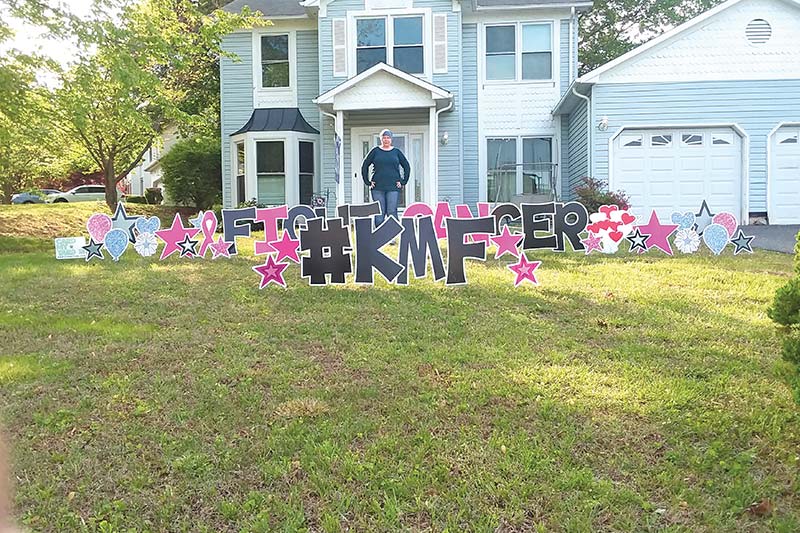 Fredericksburg mother of two, Meghan Hook, was diagnosed with breast cancer in 2019. With no family history, it came as a complete shock. As we observe Breast Cancer Awareness Month, we spoke to Meghan about the lessons she learned about the value of family as she battled cancer.

Fredericksburg Parent: Let’s start with your doctor’s visit. Was it a regular checkup or one where you had concern that something may be wrong?

Meghan Hook: I found my lump and I went to the doctor and they very quickly got me in to get scans done. And it was about a week-and-a-half between me going to my doctor and being diagnosed.

FP: How did your diagnosis hit you? Were you shocked? Did you have a family history?

MH: Complete shock. I had no idea that something like this could happen. I had no family history. I’m the first on both sides of my family to have been diagnosed with breast cancer.

FP: So, let’s talk about your parenting. How were you as a parent to your girls’ pre-cancer?

MH: I’ve been fully involved. I’ve got my two girls. They’ve gone to daycare, but we do stuff on the weekends, and it’s like a little camaraderie between me and my daughter’s here. 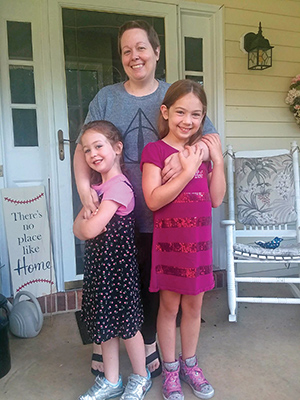 Meghan Hook with her two daughters.

FP: And what did your girls understand about the process you were going through? How did you walk them through it?

MH: I was very open with them about each step. I didn’t shield them from the side effects that I could have. They are the ones who shaved my head—well, they helped shave my head. My sister shaved it, but they helped cut my hair the day I shaved my head. I had them fully involved in that. There were some books; there’s a book called “Cancer Party” that was recommended to me and it lays it out for the kids in a pretty simple way. But the biggest thing was not shielding them and being very open with them about what was going on.

FP:  Fast forward to now. How long have you been a cancer survivor?

MH: I was diagnosed last August (2019), and I had a double mastectomy [this August]. So, I would say officially I’m cancer-free as of August 12.

FP: What advice do you have for moms who are about to walk in your shoes—dealing with possibly the beginning of treatment and parenting and raising a family through it? What are some things they should look out for? What should they expect? What should they let go of and just be OK with?

FP: What have you learned about yourself through your breast cancer journey?

MH: I am so much stronger than I ever thought, between going through this and my divorce at the same time. I never would have thought that I would have been able to go through cancer, multiple surgeries, chemo, eventually radiation, still work full time, parent my kids and homeschool them for a while in the spring during everything and still survive. So, I’m just so much stronger than I thought I was.

FP: Wow. That is impressive.

FP: What’s the value of support to a person going through breast cancer?

MH: The biggest thing for me was knowing that I wasn’t alone. Nobody that I was around personally could understand exactly what I was going through because nobody else had really experienced it. But I knew if I needed to cry on somebody’s shoulder, I had a bunch of people I could call just to complain if I was feeling crappy one day. If I needed a little bit of pepping up one day, or if I needed to say to somebody, “Can you come watch my kids for a little while so I could take a nap” I had support. It just allowed me to focus on me and know I wasn’t alone in the whole thing.