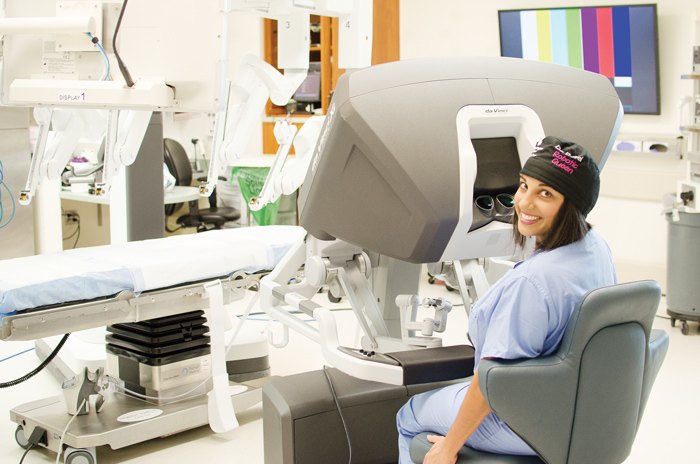 With her eyes and face immersed in a high-tech console, Dr. Zeenat Patel performs a series of precise gestures using tools that to some might look more at home in the world of gaming than the world of medicine.

Dr. Patel—an obstetrician/gynecologist with Elite Women’s Health—is one of seven surgeons, and currently the only female surgeon, performing procedures with a revolutionary robotic surgery system at Mary Washington Hospital in Fredericksburg.

The console is Patel’s window into a three-dimensional, high-definition view of the area she is working on. She is seated at the console across the room from her patient, who is hooked up to the robot. Patel uses her fingers, wrists and feet to control the robot.

Dr. Gregory Szlyk, director of the robotic surgery program at Mary Washington Hospital, has said this technology “will completely revolutionize the way we practice medicine.”

The upgraded da Vinci robot gives surgeons an enhanced degree of flexibility and range of articulation in the gestures they can use to manipulate the instruments.

“It’s like using chopsticks to pick up a single grain of rice,” Patel says. “You have to use very subtle movements to guide the robot to do what you want.”

The da Vinci Xi’s improved, multi-directional cameras also give surgeons a true three3-dimensional view of the area they are working in, with the ability to zoom in and zoom out.
Patel says these capabilities allow her to work on more complicated cases than she could with traditional laparoscopic surgery.

Patel is currently using the da Vinci robot to perform hysterectomies with and without removal of ovaries. She says robotic hysterectomies make up about 20 to 25 percent of her surgeries today. She praises Mary Washington Healthcare for its commitment to the robotic surgery program, which is also used in urologic surgeries and in hernia repair.

“We were one of the first programs to use the da Vinci robot for gynecological procedures,” she says. 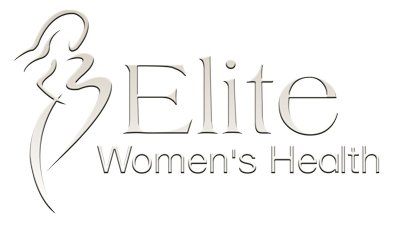 When Mary Washington Hospital upgraded to the da Vinci Xi, Patel jumped at the opportunity to receive training to perform surgeries with this new tool because she knew it would make life better for her patients, a priority for Patel and her partner, Dr. Leedylyn Stadulis. The two physicians co-founded Elite Women’s Health in 2012 with the goal of providing the best patient experience possible.

The benefits robotic surgery offers to patients are numerous. Robotic procedures create smaller incisions than laparoscopic surgeries, and hospital stays after robotic surgery are cut in half. Patel says her patients typically go home the same day or the next morning after a hysterectomy.

Part of a bigger vision for patient care 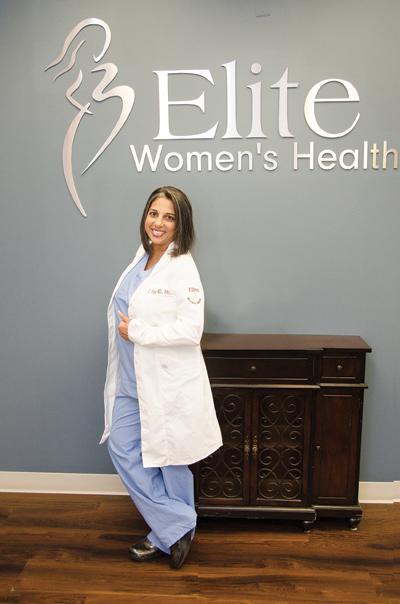 Drs. Patel and Stadulis at Elite Women’s Health are always looking for ways to ensure their patients get the best care possible. Offering robotic surgery for hysterectomies is part of that, but as hysterectomies are usually a last resort for patients, the foundation for that care extends far from the operating room, to every detail of a patient’s visit to the Elite Women’s Health offices near Mary Washington Hospital in Fredericksburg.

“Dr. Stadulis and I wanted to start a practice where patients knew they were being listened to and treated as if they were our family members,” Patel says. “All of our staff, from the front desk, to nurses, to our providers, work together as a team to insure all patients are given ‘Elite’ care.”

Elite has responded to the needs of its patients as it has grown. It currently has two certified nurse midwives on its obstetrical team, giving pregnant mothers a wider range of options for care during pregnancy and labor and delivery.

To better serve patients, Elite Women’s Health opened a second office in Spotsylvania County in August. Located at 9755 Courthouse Road Suite 104, next to Preferred Pediatrics, this new office gives a wider range of patients in the Fredericksburg region access to Elite Women’s Health care without having to spend as much time driving.

“We really want to provide the best quality of medicine available to the women of the Fredericksburg area,” Patel says.