Fourteen-year-old Annika Natividad of Stafford excels at everything she does. She is a part of the National Junior Honor Society and Girl Scouts. She is a captain of her volleyball team, was the lead in the school play and even was selected for All-District in choir.

Diabetes, a chronic autoimmune condition affecting millions of Americans, can be categorized as either Type 1 or Type 2.

At just 7 years old, Annika was diagnosed with Type 1 Diabetes (T1D), which occurs as a result of the pancreas ceasing to produce a hormone called insulin, which the body needs to regulate blood sugar levels. Individuals with T1D did nothing to contract the condition and rely on insulin as well as the constant monitoring of blood sugar levels to maintain a healthy life. 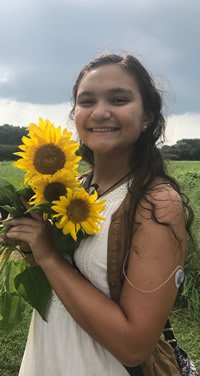 “Some people think that T1D changes your entire lifestyle and thought process, and, in a way, it does…but if you’re lucky, you have very supportive family and friends that help out,” said Annika. “Diabetes might be an autoimmune disease, but you’re never alone.”

Annika’s mother, Jennifer Natividad, plays a vital role in her daughter’s support system and is well acquainted with the challenges that diabetes brings.

“High and low blood sugar is a way of life and walking the tight rope of keeping blood sugar stable,” said the mom of three. “Most people don’t realize low blood sugar can be fatal if left untreated. It can be serious.”

Thanks to advancements in technology, Annika manages her T1D with two main medical devices, which she constantly wears. One device is a continuous glucose monitor (CGM), which continuously monitors her blood sugar levels.

The CGM sits just below her skin and alerts a small receiver if her blood sugar readings are either too high or too low. The second device, also resting just under the skin, is an insulin pump constantly supplying Annika with small amounts of insulin. When needed, the pump can deliver more insulin with just a simple press of a button.

However, with the rapid advancements in T1D technology, not all medical professionals working in the school system are familiar with the new devices their students, like Annika, are using. For many parents, this was a concern especially if their children are ever in a diabetic emergency while at school. Something had to be done.

In February 2017, Virginia passed a bill requiring authorized school personnel, usually a nurse or nurse aid, to be trained in operating and managing the new devices. The bill was made into law in April and was put into effect as of August 2017. 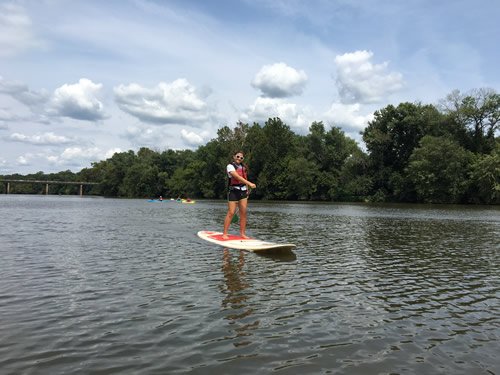 “It [the law] is a very loud and bold request for the school and the state to put together more progressive care for children with diabetes,” said Natividad. “The public awareness to T1D that the legislation brought about was a huge help, too.”

Although there are advancements in technology and even laws in place to help children with diabetes, Natividad still believes a new diagnosis can be difficult for all involved.

“There is a lot to adjust to and a change in dynamics that will affect your whole family,” added Natividad. “The most important thing for others to know is you are not alone and T1D can be managed and the children will live long, healthy lives.”