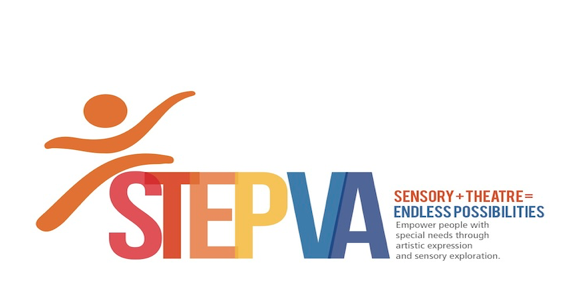 With school buildings closed for the rest of the scholastic year, students with disabilities are unable to access many aspects of the services they receive from the school system.  Two local 501c3 nonprofits, STEP VA and e3 Kids International, are working together to help keep some of those area kids from losing skills and getting bored during the current COVID-19 shutdowns.

E3 Kids International typically serves children on an international scale, helping communities obtain clean water, orphan care, education and library services. The global pandemic has brought their work to a halt. Rather than being deterred, volunteers turned their attention to local families in need.

“Some of the items we had collected or prepared to go to Africa can be used just as well by families here,” said e3 Kids International founder and executive director, Carol Turner.

The idea of Boredom Buster Kits came from Turner’s older daughter, Morgan. Deciding which local families to help wasn’t hard, either. Morgan and her sister Kendra are both volunteers not only with e3 Kids International, but also with STEP VA, Inc., which “empower[s] people with special needs through artistic expression and sensory exploration.” Turner, herself, sits on the board of directors of STEP VA, Inc. Helping families associated with STEP VA was the next logical step.

Initially, Boredom Buster Kits were designed to have some fun items to keep kids occupied while home from school, but with the focus being on students with disabilities—and their families—the kits will now be somewhat tailored for each recipient family, including items that are chosen to be fun while also encouraging different skills that are often supported at school, as well as activities for siblings who may also be seeking constructive ways to fill their days.

STEP VA executive director Jan Monroe reached out to families in mid-April and now, armed with a list of those who are interested, distribution planning has gotten underway. Taking a cue from the popular ‘drive by’ events in the news lately, the plan is for a STEP VA/e3 Kids International delivery parade, led by B101.5’s Bill Carroll. Volunteers from both non-profits, as well as STEP VA families who are choosing not to receive a Boredom Buster Kit, can make signs and join the fun in delivering boxes to friends. Several local businesses are supporting the efforts with donations of items for the kits. A local Chick-fil-A restaurant is even offering dinner meals for recipient families.

The Delivery Train will run on Saturday, May 16 and any extra Boredom Buster Kits or meals will be delivered to local foster families that have children with disabilities the day before.