10 Strategies to Cure a Picky Eater 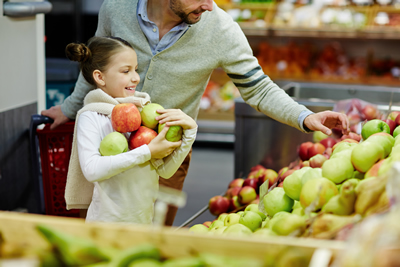 Want to know how parents of young kids can kick the chicken nugget, fruit snack and mac ’n cheese habit? Check out these tried-and-true strategies to get a picky eater to switch to a healthier way of life.

1 Include them in the cooking.

Pull up a chair or stool to the kitchen counter and teach those babies how to cook! They will have an investment in the process and be proud to present and try the meal they helped make. Sit down and ask what some of their favorite meals are and put the ingredients on the shopping list.

2 Include them in the shopping.

Sometimes kids are picky simply because they want to exert their independence. One strategy to help them along this stage is to take them grocery shopping with you and let them choose some new things to try.

3 Heck, include them in the growing.

Cynthia Hiebert, mom of two, shares, “Planting a garden is a great way to interest kids in partaking of the fruits (and vegetables) of their labor! We have a huge garden and my kids will even eat pickled beets … I believe it’s because they helped weed the garden, pull up the beets and then can them with their dad.”

It’s all about presentation … and sauces!

I know kids love fries so I make sweet potatoes and carrots into long, thin pieces and bake them on a pan in the oven. Sauces and toppings are a must, so offer a variety. Ketchup, steak sauce, sour cream, ranch dip and others make your kids more likely to give something foreign a chance.

Change the fast food chicken nugget into a bread-crumbed, baked version. Courtney Ludwig-Shay, mom of one, says, “We try to take the beloved foods and make them in a healthy version. We make chicken bites instead of nuggets, fruit leathers instead of fruit snacks.” 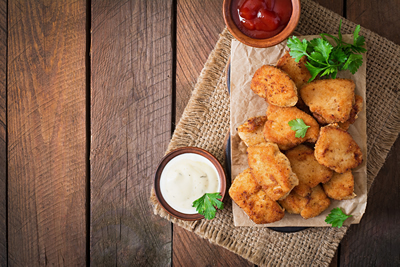 “I try to provide at least one thing they’ll eat at each meal. If they don’t finish the rest, they don’t get to have a separate meal or snacks later. I also request they at least try each item, even if they ‘know’ they don’t like it,” says Annette M. Whipple, mom of three. 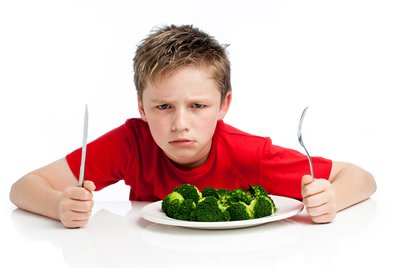 7 Variety is the spice of life … and no kids’ meals out!

Cynthia Hiebert says, “I just fed my kids a wide variety of foods, including all types of ethnic foods, from the time they started on solids. Also, don’t order kid’s meals at restaurants; give them some of your food, or two or three kids could share a regular menu meal.”

8 Be cool as a cucumber at mealtime.

Don’t engage in food battles and hold your ground. Gina Kennedy, mom of two, shares, “I don’t make them finish their plates. They know when they’re full, and what’s left can be wrapped up for later. Plus, they’re more willing to try new things if they know they only have to try one bite instead of finishing every last crumb.” 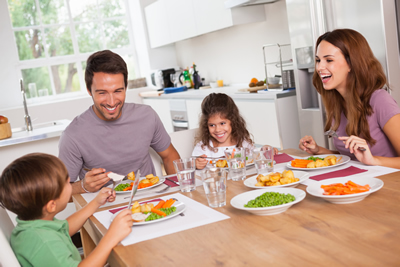 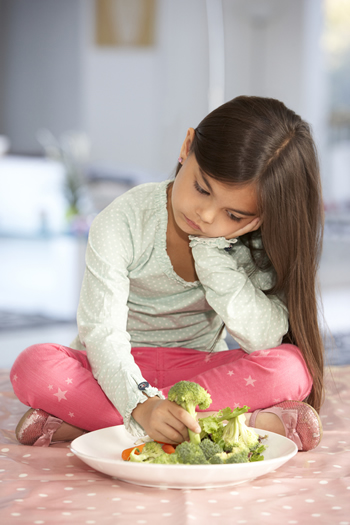 Shannon Watkins, mom of seven, says, “I would say it’s a process. Take one meal per day and try to make healthier options. So if a child likes chicken nuggets, make homemade nuggets.”

Above all, be patient. Gina Kennedy, shares, “A note on trying a bite: that’s not for new foods, that’s for all foods. Even foods they’re convinced they hate. The repeat exposure builds familiarity.”

Have fun with the process, try to be patient and you will likely soon be rewarded with a child who doesn’t fight you on every new thing, but who shocks you with wanting to try all sorts of new things!