Raising a Lady among Boys 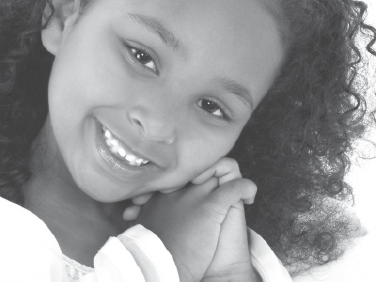 She climbs trees, hunts frogs, loves races, welcomes burping contests, plays with trucks, prefers denim, and adores her brothers; quintessential, Tomboy. She is likely the only girl in a household of boys. She learns early to mimic boy behaviors. After all, if she wants acceptance in her male dominated world, she has expectations to live up to. She has to fit in. So, are single girl families with multiple boys bound to produce tomboys or is there a way to raise a lady among boys?

“A child’s personality should come out regardless of the family make up,” says Marilyn Buckler, a licensed psychologist and parent educator for Families First in Boston where she leads workshops on raising daughters. “The alert parent is always trying to figure out how to help the child’s identity unfold.” Buckler cautions that parents of only girls risk two extremes – treating her just like her brothers or making her into a little princess. “If you push a girl into a certain predetermined direction you do not allow her unique personality to develop.” (http://www.babyzone.com/toddler/toddler_development/sibling_issues/article/girls-in-boy-households, accessed Aug. 2009) Some girls are naturally feminine in behavior, they are born with innate “girliness”, but some are much more developed by the circumstances in which they live. Parents therefore, play a major role in raising a Lady within a household of boys. Parents are the ones who lead and guide a girl into becoming a Lady. It takes concerted effort and awareness beginning at a young age.

To raise a lady, it is important to teach girls that they have inherent differences from their brothers. The boys will grow to be men, like Daddy, and she will grow up to be a woman, like Mommy. Often, only girls, consider themselves part of the pact. They are all children/playmates and in a broad sense this is true, but pointing out differences early on, begins to sensitize the young girl to the differences that will appear later on. It also leaves her room for personal expression and uniqueness which gives her the freedom to be a lady and not always behave like a boy. Small reminders/actions by parents can make a huge impact in her “ladyship”.

Distinguish small differences such as “voices”. Remind her that she is going to become a lady and ladies use “lady voices”. Oh, she will scream with the best of them, but at times, asking her to use her lady voice is appropriate. Explaining the difference between a loud harsh tone, completely acceptable in the boy world, and a sweet naturally quieter tone of a female is helpful. She may not be noting much of a difference because her time is spent among her brothers. Help her find her lady voice (in private of course). Encourage her to use it at suitable times; inside buildings, in the presence of company, when talking to babies/dolls, and when conversing with girl friends.

Talk about the difference in “boy” and “Lady” actions. She will naturally grow up thinking bodily functions are hilarious, because her brothers do. In fact, her brothers will take great pride in teaching her how to make noises with her body parts and will encourage her involvement in their multitude of contests. They will even find great joy in her exhibiting her training to their friends. She will thrive off of their pride and encouragement to her. Parents have the privilege of introducing her to “lady” actions; proper ways to sit, walk, shop, sip tea, etc. They have to teach what is appropriate for ladies and what actions can only be done in playing with her brothers. Ladies don’t burp the ABC’s in public, urinate in the backyard, play music with their armpits, or wrestle with their friends. The only-girl will need parental input to be able to delineate and learn which actions are proper for her to become a lady.

A girl, among a household of males, will need some “lady” accessories. Some girls will be naturally drawn to these and some won’t. But learning how to be a lady, takes accessories. Some female articles of clothing, even if the boy hand-me-downs fit. Everything doesn’t have to be bows and ruffles, but a few accents of girl; a hair bow, girl shoes/cleats, a little pink, a purse, a doll, girl pajamas, purple Legos, a flowered ball, a bonnet, a dress, books oriented to girls, etc. These will teach her some very concrete differences about a woman’s world at a young age. Don’t restrict playing with her brothers, or negate how they dress or what they play with, just introduce her to a “lady” world on top of it. “All kids should be treated differently, but when there is only one girl in the family she should have some special privileges, especially ones that accentuate her femininity,” suggests Dr. Leman, internationally-known psychologist. (http://www.babyzone.com/toddler/toddler_development/sibling_issues/article/girls-in-boy-households, accessed Aug. 2009)

Leman also says, “Girls in boys’ households need solace and a respite. She’s surrounded by boys all the time. She needs her own space where she can find peace and entertain herself.” It is common for only sisters to spend time alone. Give daughters the freedom to be their own person. Encourage them not to be defined by their brothers. Seek out activities they want to explore; ballet, watercolors, fashion, female oriented cartoons/movies etc. Give them choices and allow them some girl activities. Make sure they have some close girlfriends to play and share with.

There are definite advantages to only girls growing up amongst males. “Only girls growing up with boys, understand men much better than girls with lots of sisters,” explains Dr. Leman. “They are comfortable around boys and men.” Marilyn Buckler adds, “These girls are taking a crash course in understanding men since they live with a variety of them. It takes the mystery away.” Subsequently, the male-female relationship can happen much easier and more naturally as these girls become ladies.

Parenting an “only girl” in a “boy” household comes with some interesting dynamics to say the least. A wise parent will enjoy the differences and turn the opportunity into molding a young lady whose structure is highly fortified by profound male input. Brothers, after all, are the first males, in her peer group, who will offer her love and acceptance. They will have a huge impact as to how she views boys/men. They will teach her how to converse, get along with, and negotiate with boys. She will also learn not to give in to everything they say and to stand up for herself even in a situation of male dominance. And in all likelihood, her brothers will be the first boys she ever loves.

What a special young lady.

Definition of a Lady

“Becoming a lady is not something that happens overnight, it requires time and patience. A lady is a well rounded woman that has respect for herself and others. She is not crude, impolite or judgmental. And contrary to popular belief a lady is not an airhead dressed in designer clothes trained to sit up straight and smile while drinking tea. She has knowledge of current events, local issues, world issues, and has read some classic literary pieces such as “War and Peace” and the works of Jane Austen.” By howtobeperfect,
eHow Community Member

Understanding Some Differences Between Boys and Girls

Researchers have discovered that toddlers begin to clue into gender differences around the time of their first birthday, and from this point forward it’s a source of endless fascination to them. By the time toddlers reach 3 years of age, their behavior becomes noticeably gender-specific: Girls tend to become less aggressive and start playing with dolls and other “girl toys,” while boys engage in more rough play and gravitate toward “boy toys” like trucks and action figures.

The differences between the sexes can play out in some fascinating ways during the toddler years. Although boys tend to be more adventurous than girls, girls tend to achieve the major developmental breakthroughs sooner than boys and boast superior social skills and concentration abilities to boot. Clearly this “girl power” thing starts young!

All this can have you hitting the panic button if you were determined not to steer your child toward gender-specific roles. If you’re feeling that you’ve somehow failed as a parent because your daughter insists on playing with her dolls 24/7 and your son won’t play with anything more “girly” than his Lego blocks-it’s time to cut yourself some slack. After all, this is typical toddler behavior.