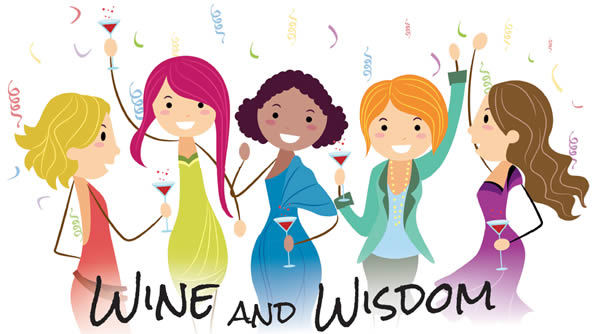 It was recently brought to my attention that my friends and I are no longer the cute young things that we like to imagine we are. Andre*, a surly young waiter at the local restaurant Comesta, made this clear.

The four of us were feeling festive, decked out in high heels (two), showing some discreet cleavage (one), hair and makeup flawless (all). We were moms sprung on the town, celebrating Angie’s birthday, looking forward to dinner and drinks, sans our kids.

We arrived at the restaurant and Andre appeared. Jean greeted him with the news that we were celebrating. Immediately, the night headed south. He looked at us, all feeling so fine and so cute and the slight curl of his lip was his only response.

“Really?” it seemed to say, “Shouldn’t you be relocating this celebration to the anteroom of a nursing home?”

Moving right along, my companions decided to try to win him over by ordering a bottle of wine. Bigger bill, bigger tip, surely he’d like that? They just needed a few minutes to choose a bottle. Again Andre made his displeasure clear. In fact, he did everything but pull out his cell phone and start texting the world about the indecisive geriatrics who were ruining his night.

Meanwhile, I decided to try charming him in my own winsome way. “I’m not part of the wine debate,” I told him, “I’m easy! I just want a Midori Sour.” I immediately realized my error; either Midori Sours were only imbibed by little old ladies wearing orthopedic shoes, or Andre had never heard of them. He looked at me with something close to disgust. I crossed my fingers and hoped for the best as he disappeared to the bar.

A few minutes later he plopped a glass of amber liquid in front of me. Have you ever had a drink made with Midori? If so you know that it is a vivid green. But I was determined to be a sport and while muttering, “This doesn’t look like what I ordered,” I tried it. Truth? It wasn’t bad. But it wasn’t what I wanted, and I tried to communicate this tactfully to Andre. He looked at me as if I was babbling in another language. Clearly the entire drink debacle was my fault.

At this point our group had had more than enough of his abysmal service. We had gone feeling from festive to feeling nothing but deep hatred of the supercilious Andre. It was already after 7:30pm, mighty late for a posse of moms to move to a new venue, so we requested a new waiter. Yes we did! Felipe was charming and efficient, everything that Andre was not. And he was, ahem, mature in years. Like us. I suspect that explains a lot. He appreciated that women, like wine, get better with age. Or at any rate, he knew that ladies who are happy with their waiter and drinking wine leave good tips!

*All names have been changed. Much as I’d like to out the waiter and the establishment, I’m reining myself in.

Mary Becelia lives with her family in southern Stafford County.