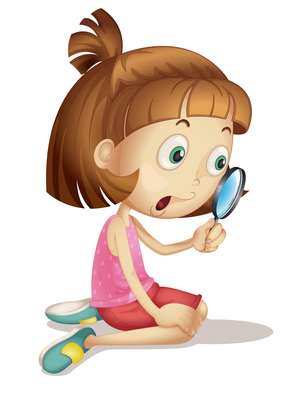 A few months ago, I shared with you that my sister and I were writing a book. Will it ever be finished, let alone published? Well, those are good questions. However, we’re working hard on it and having a great time in the process. Here is a small excerpt, the story of a home robbery that our family experienced when living in Reykjavik, Iceland.

My mother, my little sister and I had been out on just your typical summer visit to the commissary on the military base in Keflavik, about a 90-minute round-trip drive from our house. At any rate, we were gone long enough for thieves to get in through an unlocked back door. I know, I know…how did this happen? We were a family who locked all doors, all the time, ever since our mom was held up in our apartment building back in Virginia. I have no answer to this question, but that unlocked door was a momentary slip up with lasting repercussions.

When we got home we discovered the crime scene: the miscreants had removed a roasted chicken from the fridge and dismantled it. They also ate an entire bag of chocolate chips and stole two of our mother’s rings.

They brazenly left avian bones all over the kitchen counters and no doubt loads of forensic evidence in the form of greasy finger prints. This possibility did not occur to our mom, however. I don’t know if she called the police first or started scrubbing the counters, but by the time the officers arrived, all the bones, gristle, and other unsavory reminders of this little intrusion had been neatly disposed of and the kitchen restored to its previous pristine glory.

When our dad — summoned from his work at the embassy —arrived, this error was not lost upon him. And who do you think took the blame for the premature and over-zealous destruction of evidence? Me!

“I would have thought,” he bellowed, after surveying the now-nonexistent crime scene, “that your Nancy Drew reading might have paid off!”

It was an epic fail on my part. All that summer, I had been whipping through the Nancy Drew series. How humiliating: Mary Becelia, Not-So Girl Sleuth. I hung my head. Why didn’t I channel Nancy when I had the chance? Why wasn’t I the heroine of the hour? I didn’t know then and still cannot account for this lack of action on my part. I read those Nancy Drew books like a champ. I should have been all over this one, The Case of the Chicken Carcass …but I choked and missed my moment of glory by a wishbone.

The crime was never solved and the end result of the whole debacle was that our mother redoubled her efforts at keeping ALL DOORS LOCKED AT ALL TIMES, and passed that habit down to my sister and me.

Even today I double and triple check (when possible) all doors before going to bed, and woe to the family member I catch in a “security violation!”

Mary Becelia, along with her husband and two children, lives in a perfectly safe neighborhood in Stafford. It doesn’t matter. She still locks all the doors. And the windows.