Sarah Bratt always felt that when it came to starting a family, she would choose adoption. She and her husband, Mike, are now the parents of three children from Ethiopia.

“My husband and I chose adoption for many reasons,” she says. “We both have genetic issues on both sides of our families that we did not want to risk passing on. I also have two aunts who I grew up with who were adopted, so I have always known I wanted to adopt.” 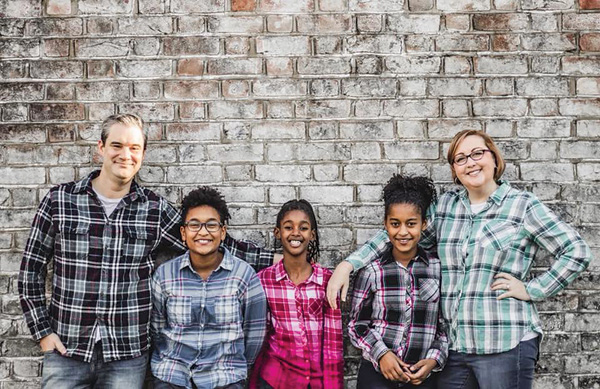 “Adoption,” says Bratt, “is a beautiful way to grow your family. It’s not easy, but neither is childbirth. I have learned so much and connected with a wonderful community of friends who have been super supportive.”

Bratt, her husband, and their kids have been able to grow and bond as a family thanks to a support system of doctors, therapists, and teachers who’ve helped the children overcome emotional and behavioral issues due to past trauma.

“They are thriving now,” Bratt says.

While some parents opt for adopting internationally, others adopt within their own families due to unfortunate circumstances or choose to adopt children through foster care. The Children’s Home Society of Virginia (CHS) is a licensed child-placing agency that has been helping families adopt since 1900. Between 40 and 50 children are adopted through CHS each year, with most of them coming from foster care.

“There are lots of reasons why people choose to adopt,” says Anna Yates, a post-adoption social worker who works with CHS. “The people who are most successful have a desire to help children heal, learn and grow. They want to see children thrive. That is their biggest motivator.”

Stephanie Higgins is a mother of 10 who has adopted one child through foster care with her husband and is in the process of adopting a second.

“We both felt a responsibility to kids without families,” Higgins says. “We discussed adoption on one of our earliest dates and knew that one day we would take the plunge. We knew we could be a safe place for a child in crisis and knew we had a deep understanding of trauma, so we began in foster care.” 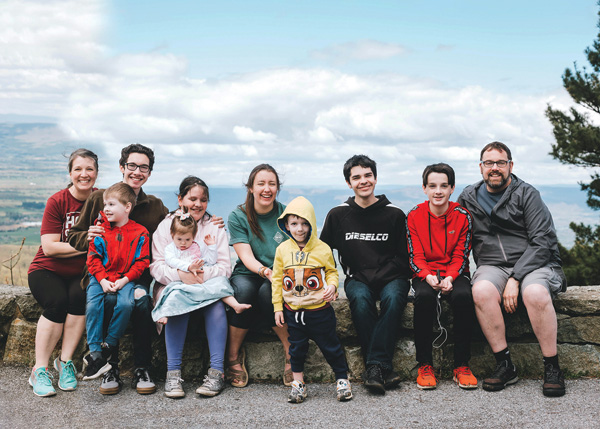 Higgins’s adopted two-year-old daughter has special needs, as does the 12-year-old son she is in the process of adopting.

“For the son we are adopting, it’s about him having permanency, a place that is his and where he always belongs with parents who understand his limitations but are also committed to challenging him to learn and grow,” Higgins says.

While there may be struggles with adopting children who have been abused or abandoned, there are plenty of rewards.

“To not be raised by your first family is a loss that will forever ache,” Higgins says. “Kids who need love the most will ask for it in the most unlovable ways. It’s messy and hard. Families will need to practice parenting techniques that are different than they are used to and never stop learning about the trauma. Yesterday, our soon-to-be adopted son said, ‘I told my whole bus today that I get to go home.’ That is really what it’s all about.”

Yates recommends that those who are looking to adopt do their research, which includes exploring their own motivations for adoption, talking with other families who’ve also adopted, and checking out reputable adoption agencies. The road to adoption is a lengthy one, which can take up to a year or more.

At CHS, the process begins with parent training and coaching, as well as a home study with numerous interviews and visits. CHS then works on matching a child with a family based on the child’s needs as well as the family’s set of skills. In Virginia, a child must live with a family for six months before they are legally adopted. Yates works with families near the end of the process, offering guidance, support, and resources as they continue on once the adoption is finalized.

“It’s something that I really enjoy being a part of,” Yates says.

Some birth parents may remain involved in their child’s life after they are adopted by another family. Melody Mersiovsky has an open adoption with her 4-year-old son, Levi. His birth mother, Courtney Leffel, visits every three months.

“I really, really wanted him to have a stable home with two parents and siblings, and I wasn’t able to provide that,” Leffel says. “Stability was really important to me. He still knows where he came from, who I am, and that I love him and just wanted to do what was best for him. It turned out to be one of the best things that could have happened. He has amazing parents in an amazing home.” 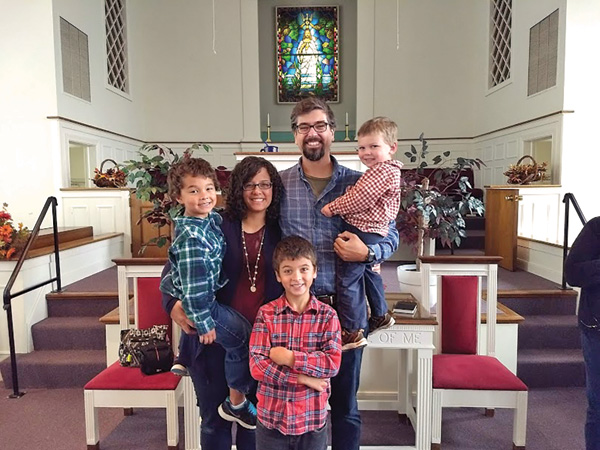 Mersiovsky and her husband had two children of their own before they decided to adopt Levi. Mersiovsky was able to be in the room when Levi was born and was one of the first people to hold him. She and Leffel worked with a mediator afterward to iron out the details of their open adoption.

“Communication was a challenge at first, but it’s blossomed into a great relationship for everybody,” says Mersiovsky. “She’s become a part of our family too. Seeing the benefits of it, I can’t imagine having done it any other way.”

Mersiovsky says she and her husband relied on their faith to get through the process.

“We saw adoption as a way to help others who need a home and help others in hard situations,” she says. “It’s made us better people. There are so many rewards. Just having Levi is a reward. For me, there is no difference between him and my biological kids.”

While most families choose to adopt infants or young children, Yates encourages families to consider adopting teenagers as well.

“The experience is still rewarding with older kids,” Yates says. “These are good kids, and there is still time to bond and build a good relationship with them. They don’t stop needing a family when they are 16 or 18. They want a family for their entire life.”

CHS sees all types of families wanting to adopt from foster care, including single parents both male and female as well as same-sex couples. The agency is always looking for families to help children in need.

“We have a need for more and more adoptive families,” says Bruin Richardson, chief advancement officer for CHS. “We are always looking for families who are willing to open their hearts and homes to those who need it.