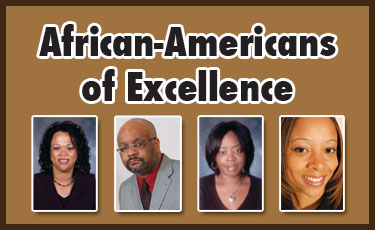 The Jim Crow Era (1876-1965) was marked by a time where state-sanctioned laws were utilized against African-Americans to keep them at an obvious disadvantage. During this time, African Americans were subject to a host of government mandated racial inequalities. Firstly, racial segregation of all government facilities left blacks at a stark disadvantage because their facilities were often under funded and inferior in quality. Through disenfranchisement, provisions and rules were created that made voter registration inaccessible to blacks in the South. Exploitation was used to deny economic opportunities and enforce employment discrimination. Also, violence and intimidation techniques were used to keep African-Americans in fear so they would not seek to better themselves or rally against the government.

The NAACP was founded in 1909 and this organizations sole purpose was to end racial segregation through litigation, education and lobbying efforts. The Brown vs. The Board of Education case of 1954 displaced the notion of “separate but equal,” school systems and served as a true victory in the African-American community.

In 2011, African-Americans are reaping the benefits of our brilliant and strategic ancestors. We stand today as college educated vice presidents of large corporations, university professors’, and business analyst and book authors. We have seen the hopes of our ancestors come to fruition. The African-Americans in this feature display the character, intelligence, and overall class that their predecessors fought to entrust them with. What a privilege to know and interview these brilliant individuals who serve as perfect reflections of Black History in the making. 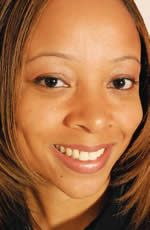 Keshonna Cooper has always exuded excellence in all her endeavors. She graduated high school with a 4.0 and received a full academic scholarship to Saint Augustine’s College in Raleigh, North Carolina where she received her B.S. in Mathematics. She then went on to receive her MBA from Baltimore University. By trade, she is a Business Analyst for Dominion Virginia Power. Keshonna still finds time to volunteer with her local Alpha Kappa Alpha Chapter on initiatives to expose high school freshman, sophomores and juniors to Historically Black Colleges and Universities and the historical value and experience they provide. 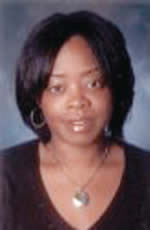 Theola Borden attended City College in New York where she received a B.A. degree in Communications with a concentration in Public Relations and Advertising. She is the Vice President of RCA Music Group, which consist of J, Arista and RCA Records. She represents famous African American artist such as Monica and Jasmine Sullivan. Theola is most fulfilled when the public reacts positively to an amazing article or stellar performance that she secured on behalf of the artist she represents. 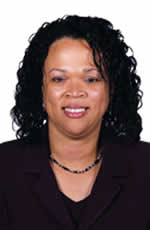 Dr. Angela Barnet received her B.A. degree from Mount Union College in Ohio and received both her MA and Ph.D. from DePaul University in Chicago. Dr. Barnett is an award-winning psychologist and author. She is the Associate Professor of Psychology at Kent State University and the CEO and founder of Soothe Your Nerves, INC. Through Soothe Your Nerves, she is able to give black women tools to overcome panic, anxiety and fear to create competent and confident women. She is most thankful that her professional career is one that continuously empowers and equips the African American community. 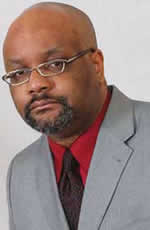 Dr. Boyce Watkins received his B.A. and M.A. from University of Kentucky and his Ph.D. from Ohio State University. Currently, he is a scholar in residence in the entrepreneurship and innovation unit at Syracuse University. Dr. Watkins is also a Finance Professor at Syracuse University. His primary focus is economic and social justice for the African American community. He has authored several books highlighting those subjects and has had regular television appearances on CNN, Good Morning America, MSNBC, FOX and ESPN.

Our intellect has propelled us to heights unseen.
We have taken the torch from our predecessors
and manifested our dreams.
Our creativity cannot be quelled
nor can it be denied.
Our character and endurance
gives an overwhelming sense of pride.
Using our past as a catalyst,
exceeding all expectations
Brilliantly and brightly shining,
a display for all nations.
Progression.