ASK MOM: My Son is Rude to Me 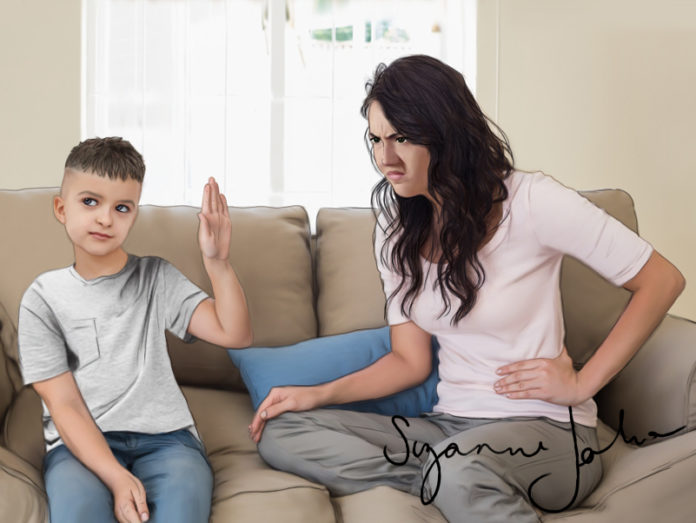 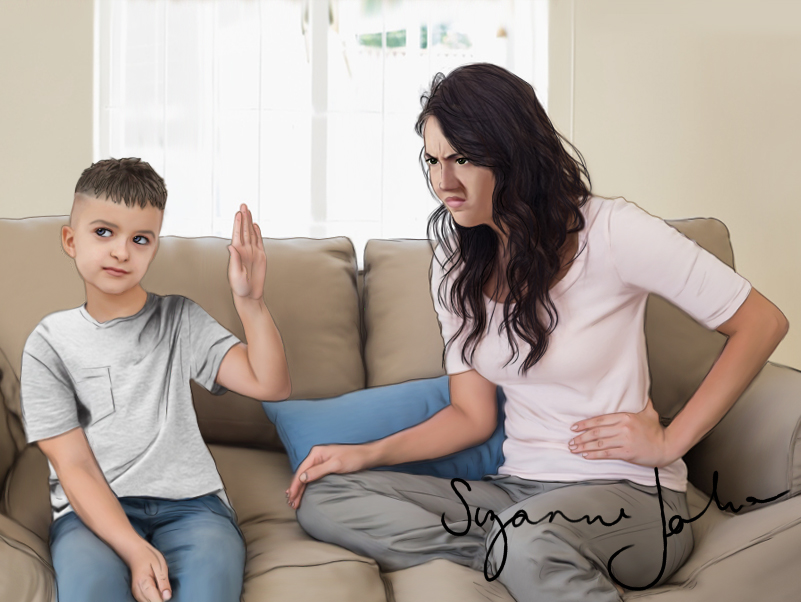 ASK MOM: My Son is Rude to Me

THE PROBLEM: I’ve gotten into this weird dynamic with my kid. The bottom line is, he’s rude to me and I can’t do anything about it. Even though he’s only 9, he acts like he’s 16. When I tell him to put something away, he’ll say “You do it.” If I ask him to help me with something, he’ll say, “Do I have to?” (Of course I say YES.) I’ll ask him if he wants something to eat and he’ll just ignore me. Believe me, I tell him EVERY TIME his behavior isn’t acceptable (and why), but nothing changes. I’m embarrassed to admit this, but the way he treats me is making me feel bad about myself, even though I’m supposed to be the one in charge. Any ideas?

MARY SAYS: “He’s rude to me and I can’t do anything about it.” Yes, you can—and for both of your sakes, you must. You’ve tried multiple approaches that haven’t worked, so may I suggest a new one for you to try?

Be assured, 9-year-old children are still coachable. They want to please, even though right now, it appears your son wants to annoy, even injure you. In his way, he’s trying to show you who’s boss, and if you let him, he will. But he’s too young to be in charge, so what exactly is going on here?

While 9-year-olds still look—and for the most part act—like children, it’s a big year for hormonal activity, a precursor to what will be more visible in a few years. As you well know, hormones send conflicting messages to all of us at specific life stages (and cycles), but it can be particularly confusing for a child the age of your son.

Have you ever felt ‘hormonal’? Most likely, your son is feeling that way quite a bit of the time; all the more reason to address his rudeness now. His attitude toward you will only escalate as he grows, which can have more serious repercussions. (NOTE: If this behavior has had a sudden onset or is extremely out of character for your son, please seek professional help.)

When your son is rude to you, call him on it. No lectures, preaching, or correcting. Set the expectation that his word is his bond, and you expect him to stand by what he says. The next time you ask him to put away his sneakers and he says, “You do it,” you say something like this:

YOU: “Can you repeat that, please?”

YOU: “Come over here please and repeat that.”

HIM: (By now, you will notice a slight flagging in confidence.) “You do it.”

HIM: (Here is where his better judgement might kick in and it ends. But let’s say it doesn’t.) “You do it.”

YOU: “Explain that to me, please. You’re telling me to do what?”

HIM: “Put my sneakers away.”

YOU: “You expect me to put your sneakers away?”

YOU: “How about if you take some time in your room and think about what you’re asking me to do. When you’re ready, I’m willing to listen to what you have to say about it.”

You can use this dialog in almost any scenario, but the key is to use it in EVERY scenario. Don’t let a single rude comment slide. (If nothing else, he’ll get tired of how much time it takes to be rude!) Starting now, shift the responsibility of reflecting on his behavior off of you and onto him.

You can do this, Mom! Besides communicating zero tolerance for rude behavior, you will model for your son how to set boundaries when people mistreat you. And this, of course, will have a positive impact on how you feel about yourself.

KRISTY SAYS: I have so many unanswered questions about this dynamic. How much screen time does your son get for T.V. shows, video games, apps, school, etc.? Does he behave this way toward anyone else, or just you? Does he have any developmental challenges? Is there a time of day when he backtalks more?

It’s clear you’re not in charge and your son’s attitude is running the show. I’m sorry it’s hitting your self-esteem, but it’s important not to let it get to you personally. Kids like to push boundaries. Apparently, you’ve never set a hard boundary about talking respectfully. While you may talk to him a lot about his behavior, what do you do about meting out consequences when he crosses a boundary or offering positive reinforcement when he gets it right?

Natural consequences are great for these behaviors. If he doesn’t respond to you when you offer him food, don’t make him anything. Sit down and eat your meal without him if you must. When he’s hungry and comes around later asking about it, you can say something like, “Oh, I didn’t know you were hungry. When I asked you about it earlier, you ignored me. I assumed that meant you weren’t hungry. You may make yourself a sandwich if you’d like something to eat. I’ve already cleaned up dinner.”

Try a different approach when it comes to chores, one that might catch him off guard. Instead of directly telling him to do something, you can say something like, “it’s almost time to clean up. What would you like to do after we’re done putting things away?” or “I’ll work on the kitchen. Would you like to pick up your room or the living room right now?” He may come up with some retort, but it’s important to be firm. I have a saying with my kids, “We are a family, and we work together.” When they come at me with snarky comments or whine about cleanup time, I remind them that when we work together it gets done faster, and we have more time for the things we love to do.

Taking control of the situation can look something like this: “I can see you’re having a tough time being respectful. Why don’t you take a break in your room for 10 minutes and read a book until you can come back with a better attitude.” You could also try saying, “I love you too much to argue.” I learned this when my oldest was around 4 and would sometimes yell “no” at me. If I asked him to clean his room or pick up his clothes, and he responded with “no,” I would calmly say, “I love you too much to argue.” I would also repeat it over and over until he got up and begrudgingly did his chore.

Another option is to institute an attitude jar. You have one jar at the start of the day filled with marbles. You have a second, empty jar. Each time your child gives you ‘attitude,’ you move one marble from the full jar to the empty jar. If he responds to you politely, move a marble back. (Ask him to help you by pointing it out if you forget to notice!)

Then choose a number. Let’s say, if fewer than 10 marbles are in the jar at the end of the day, your son gets a reward. Maybe it’s a few extra minutes of video games or a special treat. The next day, empty the attitude jar and start again. The goal is to reward him for being courteous without expecting perfection.

It’s important to remember that kids are on their worst behavior when they feel the safest. Think about it, he’s at school all day trying to sit still, be polite, and act perfectly. But we all know that kids mess up. When he’s home, he knows he’s safe. It’s clear you’re a good mom, and with the right approach, you can bring balance back to your parent-child relationship.

While sitting poolside, thinking of ideas for my next column, my thrifty budget-conscious friend curiously asked if I had a list of hidden-gem deals...
Read more

While sitting poolside, thinking of ideas for my next column, my thrifty budget-conscious friend curiously asked if I had a list of hidden-gem deals...
Read more
Articles

Sixty-seven percent of individuals in an American Massage Therapy Association survey said their main reason for getting a massage in the last year was...
Read more
Ages & Stages

How to Raise an Avid Reader

In the current technology age, more kids are flocking to screens for entertainment. While some benefits can come from being able to use different...
Read more
Load more