ASK MOM: My Boys Can’t Stand Each Other 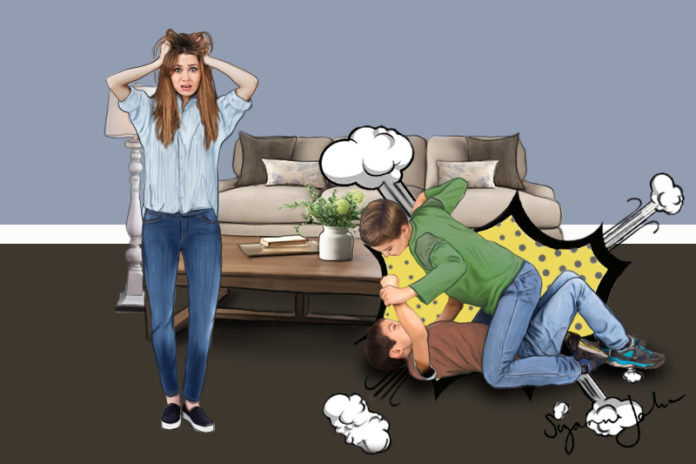 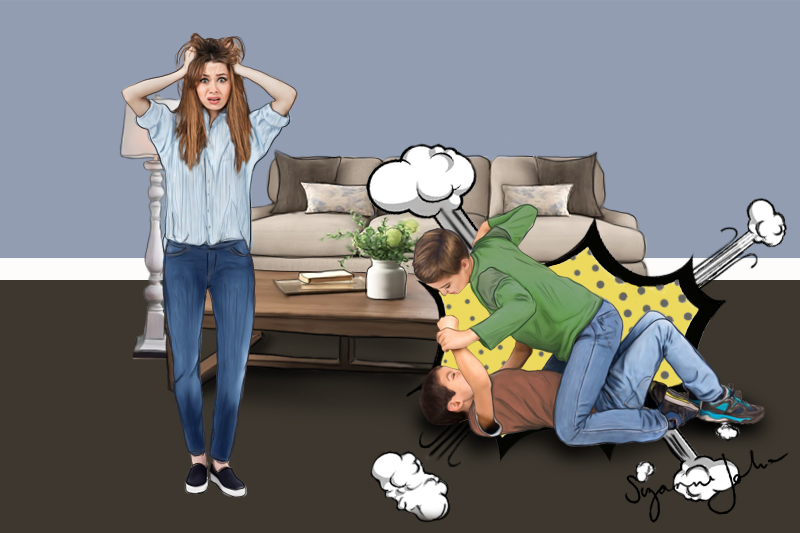 My Boys Can’t Stand Each Other

THE PROBLEM: My two boys are ages 10 and 7, and when my second son was born, my oldest was pretty unhappy about it. Unfortunately, he still is. No matter what I do, he picks on his little brother. I try and create activities for them to do together, I have them do chores together, I even punish or separate them, but the bickering never stops. And now that we’re all stuck in the house practically 24/7, they’re getting meaner. Sometimes I get so sick of it I end up screaming at them, even though I know that makes me part of the problem. We’ve been able to establish a house rule where there’s no hitting, and they are pretty good at sticking to that. But otherwise, all bets are off. It’s driving me crazy, but even worse, I’m afraid they’re going to grow up damaged somehow. Like being mean is just how people treat each other.

MARY SAYS: You’ve clearly put a lot of thought into managing your sons’ relationship, and I particularly applaud you for enforcing a ‘no hitting’ rule that seems to be working. But I think the key to your issue lies in this simple statement: “No matter what I do, he picks on his little brother.” You’ve become a major player in their relationship, Mom, which has created a triangle between the three of you.

Let me guess. When the little one comes to you (crying), the older one has to defend himself, right? And since he probably did start it (as reported by the now-hiccupping younger brother), he ends up getting punished. As for the little one, you can’t help but notice he’s turned into a whiner who comes running to you every time his older brother says “Boo.”

The conflict between your two boys is mostly about you. Each of them is seeking your attention, neither in a particularly healthy way. It’s time for you to extricate yourself from this dynamic.

Call a family meeting and tell the boys in your most serious ‘I-mean-it’ voice that you’re unhappy with how they treat each other, and that you expect them to fix it. Tell them you are resigning from your job as mediator, and from now on, the responsibility is theirs. Let them know that you expect them to be kind, gentle, and supportive of each other, starting today.

Your job now is to stick to it. (Unless it comes to blows, which doesn’t sound like an issue in your home.) When you hear the familiar “Stop it, you jerk!” or “You’re such an idiot!”—put earbuds in and turn on your favorite music. When a minor skirmish escalates to all-out war, quietly retreat to a space in your home that gives you a sense of calm. If it gets really, really nasty, send each of them to separate corners—regardless of who’s at fault—and tell them they can come out when they both give each other permission to do so, and not before.

Give these two children a chance to develop their own bond, one that doesn’t include you. Be cautioned, it will probably get worse before it gets better. But when the boys no longer are rewarded by your attention, the fights will lose their luster. Your sons will also figure out how to resolve conflict on their own, an important life skill to develop.

What they also might discover is a best friend they never knew they had, particularly during a time when our social lives have been largely reduced to entertaining each other at home.

KRISTI SAYS: Sibling rivalries are HARD. My mom had a rule that I implement with my kids, and that’s kindness. You don’t always have to agree or get along, but you don’t get to be cruel to one another. It’s not a perfect rule but it does help.

One day I found my daughter hiding under the blankets on her bed, having a really ugly cry. My oldest son had said some really mean things to her, so I turned those words back on him. I framed the question as, “what if someone you loved called you stupid, a loser, or useless?” I asked him how it would make him feel.

He slumped down and hung his head when he realized what he had done. (Before I know it, I’ve got two of them in tears, which creates even more drama!) For good measure, I had him write three nice things about his sister and read them to her. I reminded him that they won’t always get along, but they don’t get to say mean things to each other.

It’s hard when you’re together all the time. Right now, a lot of kids, mine included, don’t see their friends as much. They get bored playing only with each other, and that boredom leads to more bickering.

Here are some of my go-to ideas when it gets to be too much in my house:

Stay consistent with your expectations and eventually they will love and appreciate each other. Me and my sister do, even though we fought all the time.