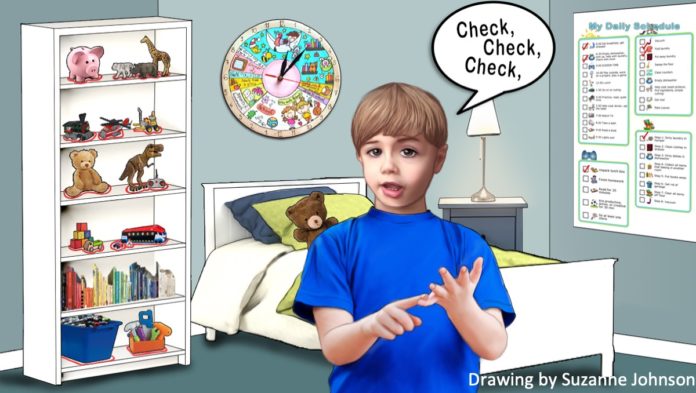 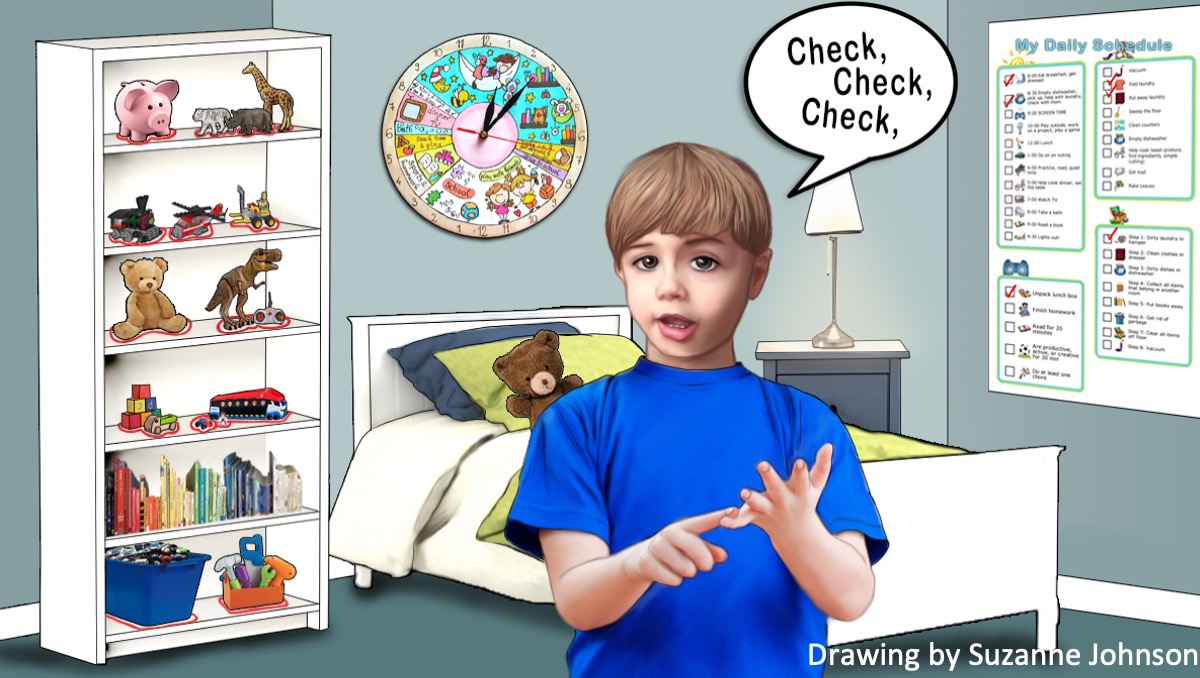 Son Upset When Routine is Disrupted

THE PROBLEM: When my son was a baby, we kept him on a tight schedule—naps, feedings, visits etc.—and he seemed to do very well. But now that he’s six (almost seven), he is still wants everything to happen a certain way—get up at the same time, eat the same breakfast, brush his teeth (toothbrush has to be green), and walk the same way to the bus stop, even though there are lots of ways to get there. I wouldn’t be so concerned except that he gets anxious when we disrupt his routine, which is a problem because there are a lot of things we can’t control. He’s always asking: “What are we doing next?” so he can prepare by adding it to his schedule. We’ve had him tested for any psychological issues, and he apparently falls within the norm. It just doesn’t seem normal to me.

MARY SAYS: First of all, I applaud you for having your son tested. Symptoms like the ones you describe can point to obsessive compulsive or autistic tendencies, which should be addressed (and your son’s discomfort eased) with professional help. But since it doesn’t sound like your son is dealing with these issues, perhaps all you need is a ‘change-up’ in how he navigates his day.

Your son has a lot going on during the day. While it may appear he is engaged with whatever activity he’s involved with, I would suggest that he’s not. It’s more likely he’s checking off a ‘progress list’:

If you were to ask your son what he SAW on the way to school, he may be challenged to tell you, unless it’s a milestone on his trip. For whatever reason, his checklist feeds his pleasure-center more than the present moment does, which is what your son is missing out on—everything that is happening now. The ‘now’ is loaded with pleasure—colors, seasons, people telling stories, music, birds chirping—joys your son is unable to stop and take notice of.

The present moment is also full of surprises. When something unexpected happens, your son feels out of control, which upsets him. And of course, you can’t control the world around you, as the present moment will always go the way it will.

But you can control how you experience it.

Your son would benefit from learning a few tools that will help him engage with the world around him, rather than relying on the past (the way he did it before) or the future (what happens next). Try introducing your son to a more sensorial way of perceiving his world. Ask him to draw a picture of something he sees on his way to school. Show him how to identify different birds or varieties of trees. Help him make up a silly poem about his surroundings. Do something messy, like walking barefoot in mud or molding clay. Give him a small pocket camera, so he can view his moments through a new lens, both figuratively and literally.

If you keep presenting your son with new ways to interact with the world, one day you will find that he’s so engrossed in what he’s doing, he’s forgotten to remind you what’s next. It’s worth noting that many, many adults are unable to engage with the present moment, which is not a particularly comfortable way to live.

Kudos to you for getting on this at such an early age with your son.

KRISTI SAYS: While it may not be YOUR normal, it IS your son’s normal. Some personalities crave consistency in order to feel safe. At some level, your son’s routine is like a security blanket for him. Without it, he feels overwhelmed and anxious. And while this behavior may feel extreme to you, he’s still young, in a concrete stage of development, and needs a strict routine to know that he is going to be okay.

Without realizing it, you probably have a standard routine yourself. You get up and do the same things each morning. You drive to work the same way. You wear the same outfits repeatedly. Your life is probably a lot more structured than you realize. The only difference is that you’re an adult, and you usually know about things that will disrupt that routine in advance. You’ve also developed the necessary coping mechanisms you need when your own routine gets disrupted.

My oldest, who is now 10, was a lot like your son when he was younger. He needed consistency. He was 3 years old the first time we moved. We had sold our home and moved into a rental house, which made him anxious. I realized that because he had never moved before, he didn’t know what it would be like. Would all his toys come with us? Were we moving together? Would he get to sleep in his bed? What did our new place look like? Would he get lost in it? Would he know how to find us if he got scared in the middle of the night?

There were too many unknowns for him.

Even though his anxiety seemed extreme, when I looked at it from his perspective, I realized how big and scary these things could feel. I learned over the years that I needed to communicate with him as much as possible when we were going to make a change.

I remember telling him that we would put his things away in boxes, and then on moving day, a big truck would come and take them to the new place. I let him keep his special blanket and stuffed animal with him instead of packing it away on the truck. Once we got settled at the new place, and he saw that all his toys and bedding made it to the new house, he became much less anxious and settled in.

While it may feel like a lot to you, it’s important to communicate as much as you can to your son. While there are many things you can’t control, and changes to routine are inevitable, it will help your son if you tell him about any sudden changes as soon as possible. Communication goes a long way to helping calm nerves and ease anxiety.

But there’s more you can do.

Keep a family calendar in a central location. Write down events and appointments that will impact him and his normal routine. You could even put those in a special color for him to easily identify. If he has a dentist appointment at 8 a.m. on Wednesday, tell him that it means he won’t go to school right away in the morning, but that he will go as soon as his appointment is over.

Communicate last minute changes. Let’s say you had planned to go to the park, but now it’s raining. Explain to him that you’ll have to wait until the rain is over, or you’ll go tomorrow.

Don’t surprise him. At this age, surprises are more likely to make your son anxious rather than excited. As much fun as it may be for you to come up with a surprise, remember that to him it won’t be fun, and you’ll likely be disappointed by his nervous response.

My son is now 10 and does much better with change and disruptions to his routine. He can think through how those changes might affect him because he is able to think more abstractly. He’s had so many different experiences and changes in his life up to now. These things don’t feel so scary anymore, but we still do our best to communicate last-minute changes. We also know that he will likely feel disrupted, even if it’s a positive change.

And that’s okay. We know he is who he is, and we do our best to help him feel safe and confident no matter what comes his way.

Mary Follin is author of the award-winning children’s book ETHYR and Teach Your Child to Read™, an online phonics program for children ages 3-6. She is mom to two grown kids. For videos, stories, and parenting ideas, follow Mary on Instagram @advice_mom.