The estimated cost of motor vehicle deaths, injuries and property damage in 2015 was estimated to be $412.1 billion, according to a statistics report put out by the National Safety Council. From a global standpoint, the Association for Safe International Road Travel estimates that nearly 1.3 million people die in road crashes each year, which is an average of 3,287 deaths per day with an additional 20-50 million people injured or disabled. That’s a lot of damage caused by automobiles, especially if you assume none of this is taking into account the time you backed into a tree or accidentally collided with one of your own cars. All that being said, it’s certainly worthwhile to have automobile insurance, because chances are you’re going to get into some type of an accident, even if it’s just a small one.

1. Bodily injury liability is the part of your insurance policy which pays for the costs associated with injuries to the other person or people involved. If you are sued for damages, it will also provide legal defense for you.

2. Medical payments, also known as no-fault or personal injury protection coverage, helps pay for medical or funeral expenses of covered drivers and/or passengers after an accident, regardless of fault. In Virginia, insurance companies that sell automobile insurance are legally obligated to offer medical payments as an option; however, drivers do not have to purchase it.

3. Uninsured motorist’s coverage helps protect you if you’re in an accident with an at-fault driver who doesn’t have liability insurance. It’s only slightly different from underinsured motorist coverage which comes into play if the liability limits of the at-fault’s driver are too low to cover the damages caused.

4. Physical damage coverage is divided into two parts: comprehensive and collision. Comprehensive covers damages to vehicles caused by things like fire, animals or vehicular theft. Collision coverage pays to repair your car if it rolls over or collides with another object. If your vehicle has been fully paid for, physical damage coverage is optional; however, if it’s being leased chances are high that you’ll be required to have it.

5. Property damage liability comes into play when you are the at-fault driver and will pay for any damages you have caused to property or vehicles.
The amount of options can feel overwhelming, but Graham Kyer, a local claims supervisor in the insurance industry, simply advises people to just make sure that they have enough coverage to cover their assets. “The idea is that if you cause an accident, your limits should hopefully cover the damages and injuries you cause,” Kyer says. “If they aren’t enough, you have a much higher chance of being sued by the injured party.”
What you’ll need is also dependent on what you have. For example, “someone that owns a home and two cars should carry higher limits than someone who rents an apartment and owns one car,” Kyer says. 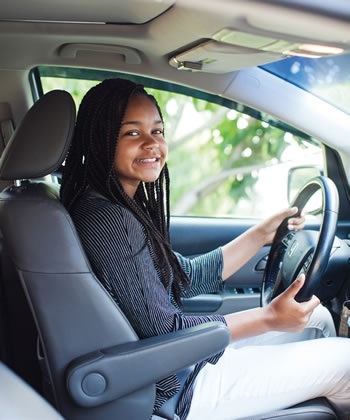 There are also a few additional things that parents of teen drivers should be aware of when purchasing insurance since teens are more susceptible to accidents.
“The biggest thing that we tell parents when they add teenage drivers is that it is a best practice to get an older reliable vehicle for their teen driver instead of a newer maybe sportier vehicle,” says Scott Ellis, personal lines manager for Insurance Smith Agency. “The numbers are staggering, as insurance companies tend to pay out 1.50 for every 1.00 they take in on a policy with teenage drivers.”

“I definitely make sure that parents know that they should have higher limits of liability when having a teen driver as their odds of accidents go up,” Ellis says. “The state minimum in Virginia is 25,000 per person and 50,000 total, but we would usually recommend at least 100,000 per person and 300,000 total in liability.”

Before you purchase a policy, first consider the amount of coverage you may want to add based on the car (new or used) and the age of the primary driver. Used cars and older drivers require less coverage than new cars and younger drivers. Also consider what you can comfortably pay out-of-pocket as your deductible should you get into an accident or fender bender. A slightly higher deductible can save you more money per year. Additionally, some companies will offer special discounts for customers who combine their policies in a bundle.